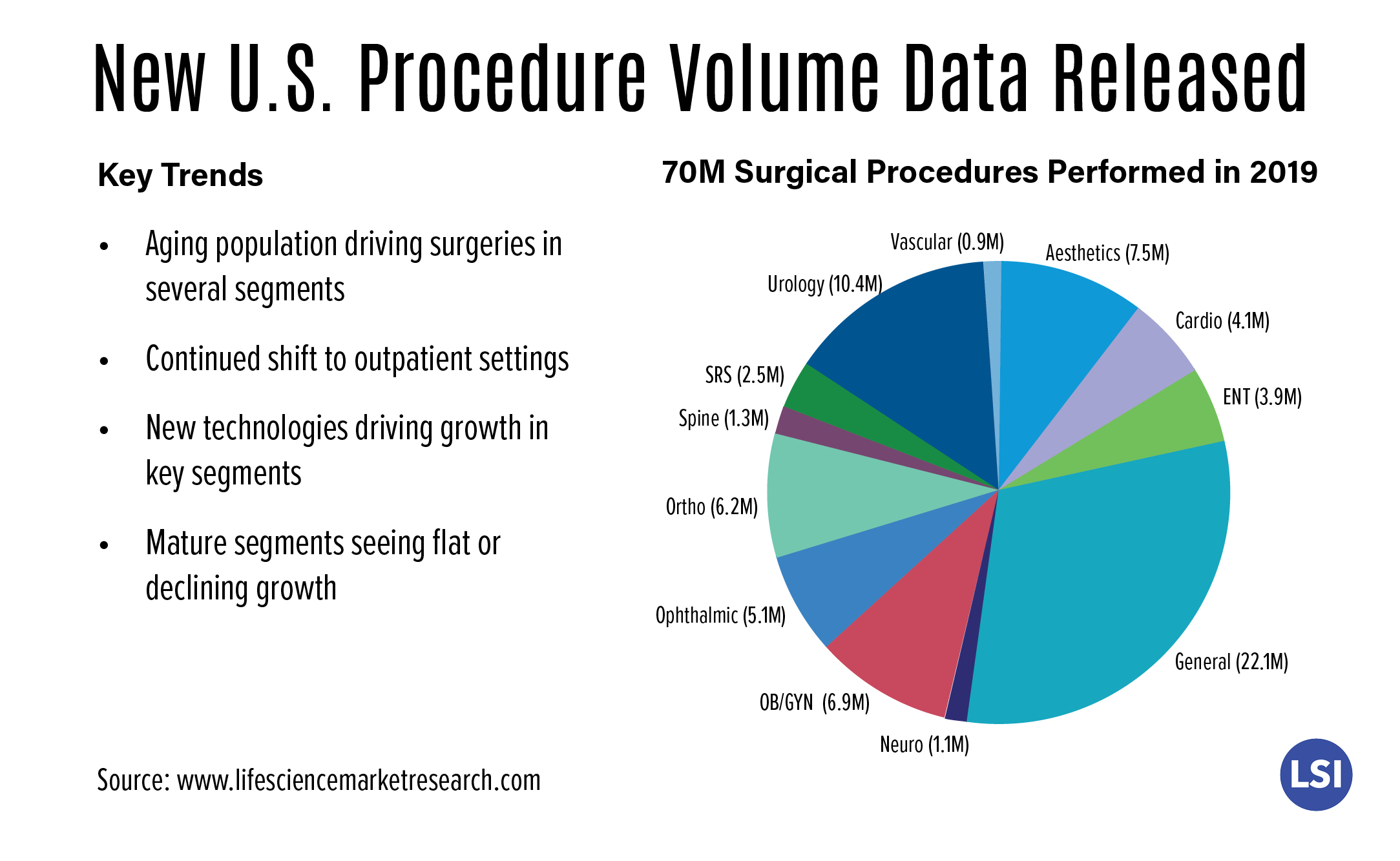 The United States is the largest healthcare market in the world. Boasting the third largest population (~330 million people) and a well-developed healthcare system, the US remains the key market to target for the commercialization of healthcare solutions.

It is estimated that as of 2018, there were 52 million Americans over the age of 65 - nearly 16% of the US population. The aging of the baby boomer generation will rapidly increase the number of elderly Americans living in the US. This will have a significant impact on the number of adults requiring consistent healthcare within the US, as the prevalence of chronic diseases typically increases with age.

While life expectancy has historically improved since 1950 in the US, it has stalled in recent years due to increases in chronic diseases, suicide, and drug overdoses (i.e. opioids). While life-expectancy has flatlined, the burden that the growing elderly demographic will place on the US healthcare ensures that surgical procedure volumes will continue to steadily increase.

Drivers of surgical procedure volumes in the U.S. include not only the aging population but also the development of emerging technologies in key segments.  A continued trend toward outpatient surgeries is also supporting growth in select segments.

According to 2019 estimates from LSI’s Global Procedure Volume Tracker, the top three procedure categories, by total procedure volume, in the US were:

The next installment in this series will look at surgical procedure volume trends in China. Understanding the Chinese market has recently become a major priority for many competitors in the medtech industry. The rapid development of China as a major world power is regarded as an opportunity for developers of medical technologies to bolster revenues as significant growth in revenue in Western markets has become increasingly more difficult to achieve.

This data is available in LSI's new Medtech Pro platform available at www.lifesciencemarketresearch.com