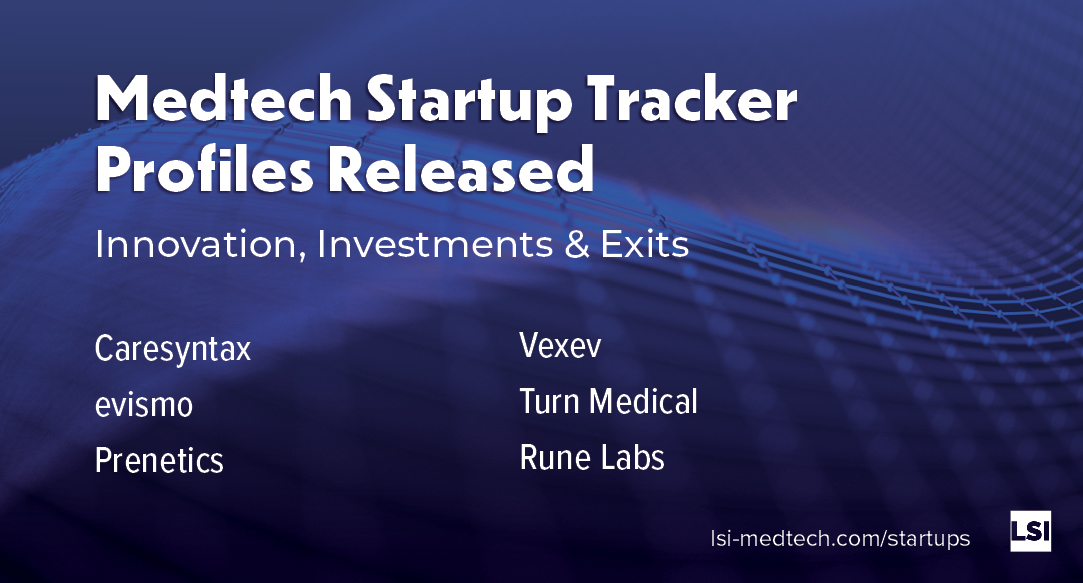 In this past week in medtech deals approximately $78.9M in funding was raised across 4 deals, in addition to other undisclosed deals that were announced. This is the lowest total amount of weekly funding tracked by LSI in nearly 4 weeks, with the last low of $85.5M seen for the week of August 23rd, 2021. 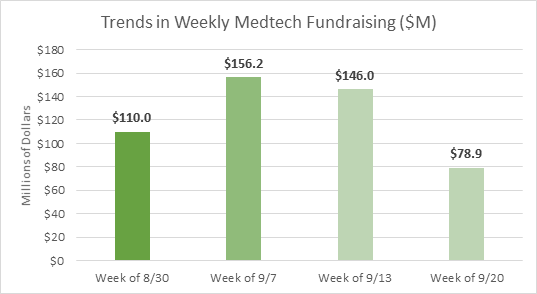 The extended round allowed Caresytnax to pull in an additional $30M on top of the $100M that was raised in April 2021. Caresyntax’s digital surgery platform uses data and artificial intelligence (AI) to improve care delivery inside and outside of the operating room. The company’s platform provides benefits to multiple stakeholders, including surgeons, hospital administrators, medical device companies, and insurances companies. Caresyntax’s platform is utilized in over 4,000 operating rooms worldwide and supports over 2 million procedures per year. With this recent round of funding closed, the company has raised an estimated $208M.

The deal with special purpose acquisition company, Artisan Acquisition Corp, will value Prenetics at $1.25B, with a combined equity value of $1.7B. Prenetics has announced that proceeds from the deal will allow the genomic testing company to make strategic acquisitions that will make the company competitive in markets targeted by companies such as Exact Sciences and Invitae. According to Prenetics, the future of the company’s growth will revolve around the Circle HealthPod, the company’s home testing platform. Cue Health and Quidel are other competitors in the diagnostic testing market that believe the future of the market is home testing.

Vexev is developing a robotic ultrasound system for vascular imaging

Australian medtech startup Vexex emerged from stealth this week, revealing its tomographic ultrasound robot (TUR) system. The TUR system is being designed to automate the ultrasound process and address the limitations of current 2D ultrasound systems that are used in diagnosing cardiovascular diseases. Vexev’s device will allow vascular sonographers to obtain 3D images comparable to CT and MRI, while reducing the repetitive strain injuries that are common among sonographers. In September 2021, the company completed its first round of funding, closing a Seed round which raised $1.5M. Key strategics in the ultrasound market include GE Healthcare, Philips, and Siemens.

Patients that are immobilized in the hospital due to pulmonary disorders (e.g. pneumonia, sepsis) are often at risk of experiencing further complications due to being in a supine position. While the benefits of adjusting these patients into the prone position is known, it is often difficult to place patients in this position due to a variety of barriers. Turn Medical has developed the Pronova-O2 system, an automated prone therapy system that removes these barriers and makes it safe and effective to automatically rotate immobilized patients. In September 2021, Turn Medical raised $2.4M in funding from a Seed round. Major strategics in the hospital beds and critical care market include Getinge, Hill-Rom, and Stryker.

RuneLabs is developing a cloud platform dedicated to compiling data from the brain for partners in pharmaceuticals and medtech. Data collected from brain imaging, medical devices (e.g. neuromodulation devices), electrophysiology, and wearables is analyzed and visualized to provide partners with insights that accelerate the development of the next generation of neurological solutions. Beyond partnering in the research and development space, Rune Labs platform can provide clinicians with brain data to support disease management and symptom tracking. According to Rune Labs, the investment will be used to hire additional software developers and build a neuroscience team that will attract new partners in pharmaceutical development.