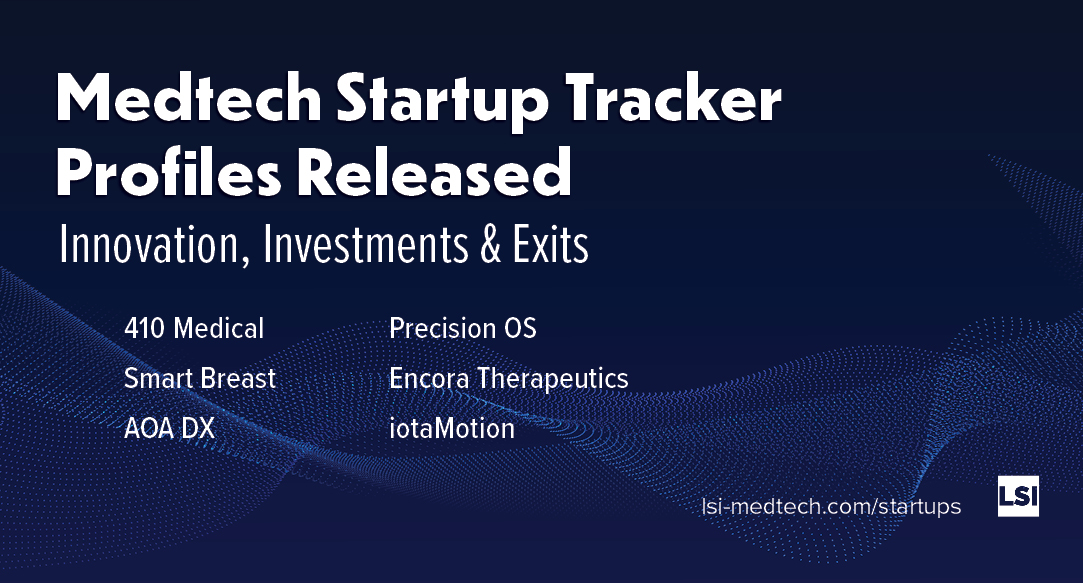 With relatively few deals announced/tracked in the previous week due to the holidays, this weekly deal summary will focus on the total funding for the month of December 2021. Life Science Intelligence tracked approximately $1.2B (~$1,242M) during the month of December. Despite the massive third week of funding for the month, total medtech startup declined 25% from November 2021’s staggering $1.6B.  Over $3B in medtech startup funding was tracked in the fourth quarter of 2021. 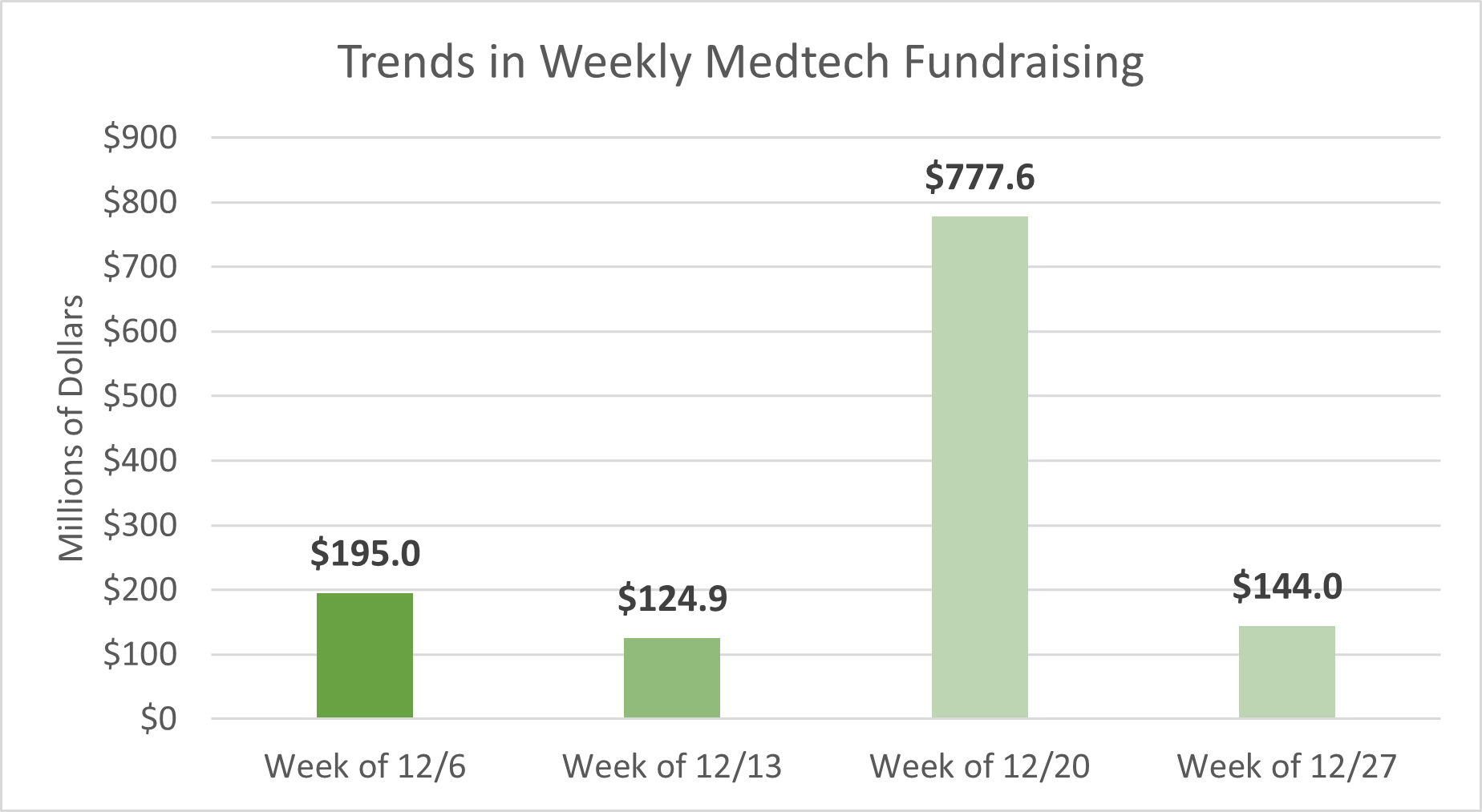 The company has developed the LifeFlow platform, an easy-to-use, portable system that allows frontline workers to quickly deliver fluids and blood to critically ill patients. The LifeFlow device was developed as a faster infusion alternative than pressure bags, push-pull syringes, or gravity, as well as being easier to deploy when compared to mechanical infusion systems. This funding round is part of a larger $5M that the company seeks to raise. 410 Medical has raised an estimated $21.7M to date. Baxter, Braun, and Smiths Medical are some of the leading strategics in the fluid delivery devices market.

Dense breast tissue can often obscure or hinder the effectiveness of mammograms for the early-stage detection of cancer. Molecular breast imaging (MBI) technology uses gamma cameras and intravenously injected cancer tracers to detect the presence of cancer cells, even during the early stages of cancer. The company’s Eve Clear Scan technology employs the MBI approach to the detection of breast cancer in women with dense breast tissue. In February 2021, the company acquired GE Healthcare’s Discovery NM750b MBI assets, including the service of GE’s worldwide installations. The Discovery systems were rebranded under the company’s Eve Clear platform as Eve Clear Scan e750.

AOA DX – liquid biopsy for the early detection of cancer

AOA DX is committed to reducing the mortality of cancer by identifying the disease when it is in its earliest stages. The company has a robust pipeline of solutions under development. AOA DX’s lead product is Akrivis GD, a liquid biopsy diagnostic for the detection of ovarian cancer. Additional solutions in the discovery phase include liquid biopsy diagnostics for melanoma and small cell lung cancer (SCLC). The company has raised an estimated $2.5M in funding. The strategic landscape for liquid biopsies and molecular diagnostics for oncology includes companies such as Guardant Health and Roche.

Advanced visualization solutions are one of the promising markets that are a part of the digital surgery revolution. Precision OS is using virtual reality (VR) to help surgeons train and prepare for surgical procedures. The company has received 510(k) clearance from the FDA to market InVision OS, a VR planning solution that allows surgeons to view and manipulate patient-specific 3D reconstructions prior to the actual surgical procedure. Precision OS has also adapted its VR platform to function as a training resource to help surgeons develop and improve their skills in the OR. Since its founding in 2017, the company has raised $2.3M in funding, in addition to receiving an undisclosed amount of venture funding from Parvizi Surgical Innovation in January 2021.

Essential tremor is a neurogenerative disease which impacts the lives of approximately 7 million people in the US alone. Encora Therapeutics is developing a non-invasive, wearable device to help reduce neurological movement disorders. In March 2021, the company received Breakthrough Device Designation from the US FDA for the relief of hand tremors in adults with essential tremor or Parkinson’s disease. The device helps treat tremors by sensing symptoms of tremor and applying customized vibratory stimulation to the patient’s wrist.

The company has developed iotaSoft, a miniature robotic system that is the size of a thumb. iotaSoft is capable of more accurately guiding the electrode of the cochlear implant through the ear, without damaging sensitive areas of the ear. The added precision that comes with the robotic platform is intended to reduce the incidence of reported hearing loss that can occur when cochlear implants are inserted manually. In October 2021, the company obtained regulatory clearance from US FDA for its iotaSoft system. The iotaSoft system is compatible with a range of cochlear implants. To date, the company has raised an estimated $8.4M in funding.

Life Science Intelligence is proud to announce that Smart Breast, Precision OS, and iotaMotion will be a presenting companies at the Emerging Medtech Summit in March 2022.