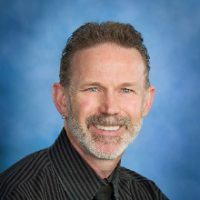 Dr. Mitchell is a graduate of the University of Washington and he has been designing biomedical instrumentation and devices for approximately 20 years. Dr. Mitchell has extensive experience in biomechanics (soft tissue and orthopedic), tissue engineering, instrumentation, electronics, and mechanical design.

While at the university, Dr. Mitchell managed and conducted research in multimillion dollar DARPA projects where he developed relationships with medical industry leaders. He has conducted research in biomechanics, tissue engineering, acoustic hemostasis and high intensity focused ultrasound (HIFU) for tumor treatment. Dr. Mitchell has been involved in helping HIFU gain recognition in the clinical setting and has led research teams in conducting application studies.