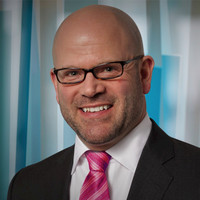 Tim has served as Chief Executive Officer since October 1, 2018. Prior to joining us, from 2015 to September 2018, Mr. Moran served as President of the Americas, ConvaTec Group Plc (LON: CTEC) (“ConvaTec”), an international medical products and technologies company, offering products and services in the areas of wound and skin care, ostomy care, continence and critical care and infusion devices. Prior to his employment at ConvaTec, Mr. Moran held roles in sales, marketing and general management over the course of eighteen years at Covidien plc (“Covidien”), an Irish headquartered global health care products company and manufacturer of medical devices and supplies. While at Covidien, until 2015, Mr. Moran served simultaneously as VP and General Manager of both the SharpSafety and Monitoring & Operating Room divisions. Following the 2015 acquisition of Covidien by Medtronic (NYSE:MDT), Mr. Moran was named the Global Vice President and General Manager of the Patient Care and Safety Division. Mr. Moran also served on the CEO Advisory Council for Advanced Medical Technology Association (AdvaMed), a medical device trade association. Mr. Moran earned a B.A. in Organizational Communication at The State University of New York at Geneseo. Mr. Moran was selected as a director because of his broad commercial experience and leadership in the medical technology sector.