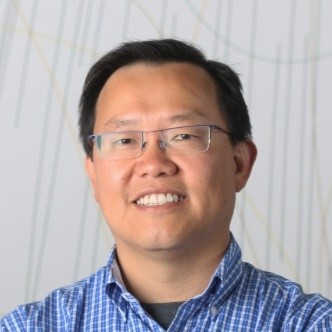 Jong Lee  0:00
Hi, everybody. It's great to be here. Speaking about Day Zero diagnostics. Just a quick snapshot for those of you who may not know about us, we're headquartered in Boston. We're funded by a deep tech group that included a number of founders from Harvard, MIT and Mass General Hospital. Company is currently about 45 employees spanning molecular microbiology, data science, clinical and business. We've raised about 33 million in venture financing as well as about 10 million in non dilutive funding thus far, and our mission is really about revolutionising diagnostics for infectious disease.

So when we founded the company, we really started with a premise, which is that whole genome sequencing was going to be the future of molecular diagnostics for infectious diseases. And many of you have already seen that happen in oncology. But if you actually dig deeper into the space around infectious diseases, and microbiology, what you would find is that sequencing is not used at all today for clinical diagnostics. It's used for research. It's used for things like surveillance, but it's not used for clinical diagnostic, because the technology is not yet capable of doing everything that's required to be able to work in infectious diseases.

What we've focused on as a company is developing the enabling technologies that allow you to use sequencing for clinical decision making for infectious diseases. And the three technology platforms that we've developed include methods for doing ultra high enrichment, so that you can take a clinical sample like blood or urine, and actually make it sequencable and get the kind of data that you're looking for. We've developed algorithms for being able to look at that genomic data and being able to do high resolution, high confidence species ID, and importantly, antibiotic resistance calling. To be able to do that last part, we've also developed one of the world's largest databases of whole genome sequences paired with their drug susceptibility profiles. And this is absolutely critical. Any company that's telling you they're doing infectious disease diagnostics, for bacteria that can't do susceptibility profiling, is only pushing for half of the solution. Antibiotic resistance is implicated in about 5 million deaths per year, a recent study from Chris Murray at the University of Washington, and it's directly implicated in about 1.5 million deaths per year, even just in the US.

So we've taken these technology platform to be able to use sequencing for infectious disease diagnostics, and we have the ability to take that technology and apply it to urinary tract infections, prosthetic joint infections, meningitis, or sepsis. We are focused on sepsis as a first application, because it's the place where there's greatest unmet clinical need. Sepsis is responsible for one in three hospital deaths in the US, the mortality rate is between 10 and 50%, depending on the severity, and the cost the US healthcare system about $62 billion a year for sepsis care.

And the reason sepsis, it's such a great opportunity for a technology like this is because in a severe infection, mortality risk with a septic patient increases about 8% per hour for the first six hours that they're diagnosed. But unfortunately, the current diagnostics for being able to do especially antibiotic resistance, are all based in culture. And if you know this space, you know that culture takes anywhere from two to five days to be able to provide a diagnostic result that allows you to really look at antibiotic resistance.

So in the standard of care today, Nobody waits. They do not rely on diagnostic results from the microbiology lab to be able to make treatment decisions. Instead, the standard of care today is a strategy called empiric therapy, where the goal is to carpet bomb, whatever infection somebody may have, without knowing what it is you take your best guess, and you treat them with a cocktail of powerful antibiotics, a lot like chemotherapy. Unfortunately, in an age of rising drug resistance 20 to 30% of the time that therapy is ineffective. 50% of the time, it's actually much more toxic than is necessary to treat the underlying infection. And that means that patients are in the hospital eight days longer at a cost of about $46,000 more than they could have been if they had a targeted, precise therapy that allowed them to be treated with the right antibiotic as fast as possible.

And so that's where we come in. What we've been working on is a technology to be able to take our platform capabilities and put it into an IBD that can deliver a complete diagnosis directly from blood in less than eight hours rather than two to five days, essentially within the first cycle of empiric therapy, enabling targeted treatment on Day Zero of the patient's admission to a hospital.

And just to kind of explain a little bit about why our technology is unique and what allows us to do something that we don't think anyone else is capable of doing. It's kind of important to think about the technical challenge that we're really trying to deal with in sepsis. The challenge in sepsis is that you can have one bacterial cell in an ml of blood that you take from a patient blood sample and in that same sample, there's about a billion times more human DNA than bacterial DNA.

And for our diagnostic purpose, what we're interested in is the bacterial DNA. The traditional approach for dealing with this needle in a haystack problem is to use probes that are PCR biomarkers, PCR based technology to be able to extract limited amounts of information from the haystack, where you're trying to do species ID basically trying to extract something using a magnet to pull the needle out of the haystack. Unfortunately, the things you're able to find are very limited. If you design a probe to find John, Harry and Mary, you'll find them. But if Susan is the one that's causing the infection, you have no idea what it is, and you're completely blind to the infection. And importantly, it tells you nothing about antibiotic resistance.

So what we've developed is an alternative approach, which is we get rid of all of the hay so that we're agnostically left with whatever the bacteria are behind, allowing us to do full whole genome sequencing of that bacterial species, giving us far more information than any PCR based diagnostic is even capable of doing at its best performance.

Or breakthrough technologies allow us to take a sample that has a billion times more human DNA than bacterial DNA, and actually put out sequencing data that has 1 to 100 times more bacterial DNA than human DNA. 10 logs of enrichment, a billion times of enrichment from the sample, it allows us to essentially recover the entire genome of the bacteria that we're looking at rather than just snippets of the genome that you would get from DNA using PCR probes or other technologies.

And then once we have the whole genome sequence, we can do high resolution species ID, as well as antibiotic resistance prediction using our algorithm Keynome, which has been trained on micro dB, this database, which is one of the three largest databases in the world, that allows you to use machine learning to be able to predict antibiotic resistance. This database is something that we've grown organically from the time that we started as a company, using samples from leading world class institutions, leading microbiology labs, to be able to build a unique data set that serves as ground truth training for machine learning applications.

And so at the end of the day, what our technology allows us to do is to be able to do something no other company and no other diagnostic is able to deliver, which is a direct from clinical sample process with a turnaround time that's measured in hours rather than days, able to do comprehensive, broad strain level high resolution species ID, and also able to provide an antibiotic susceptibility profile. Something again, that is not currently feasible or possible to do with any technology that works direct from clinical sample or using sequencing.

You know, the market application for a technology like this is about a $10 billion market that's currently defined today. In the microbiology market, we're starting off with sepsis, which means that we're addressing the 40 to 50 million blood cultures that are done every year in hospitals in the US. But we have the ability to expand into other sample types like urine, CSF, prosthetic joint fluid.

What's more unique about our application and the reason why we think sequencing is the future rather than PCR or other methodologies. The reason it's the future of infectious disease diagnostics, is because the amount of data that we get by using sequencing allows us to do far more than just direct ID diagnostics. Were able to look at that data and do strain tracking like you've seen with COVID. In the research world, we can do outbreak detection and have a service that we do commercially today called the EpiXact, where we tell somebody whether a hospital transmission is occurring. We can even make epidemiological predictions based on the data that we get.

For us to bring this technology to market. We started off by taking 12 million in equity, 8 million in non dilutive funding and developing the core technology capabilities that I just referenced. We recently completed a $20 million equity funding round and have about $10 million in non dilutive funding available to us on a go forward basis. We're currently launching our first commercial service, which is EpiXact for hospital acquired infections as a lab service. But our main goal as a company is actually to develop an IVD, that a sequencing base that can sit in the microbiology lab and deliver the solution that we're talking about in a span of hours rather than days.

So that's the solution for what we're doing. We're under development path. If you're an investor, please come talk to us. We'll be raising around in about another year. If you're a strategic or somebody who's active in the space, we'd love to talk to you get more feedback and also talk about the ways in which the technology might be used for other things besides sepsis. Thanks very much.