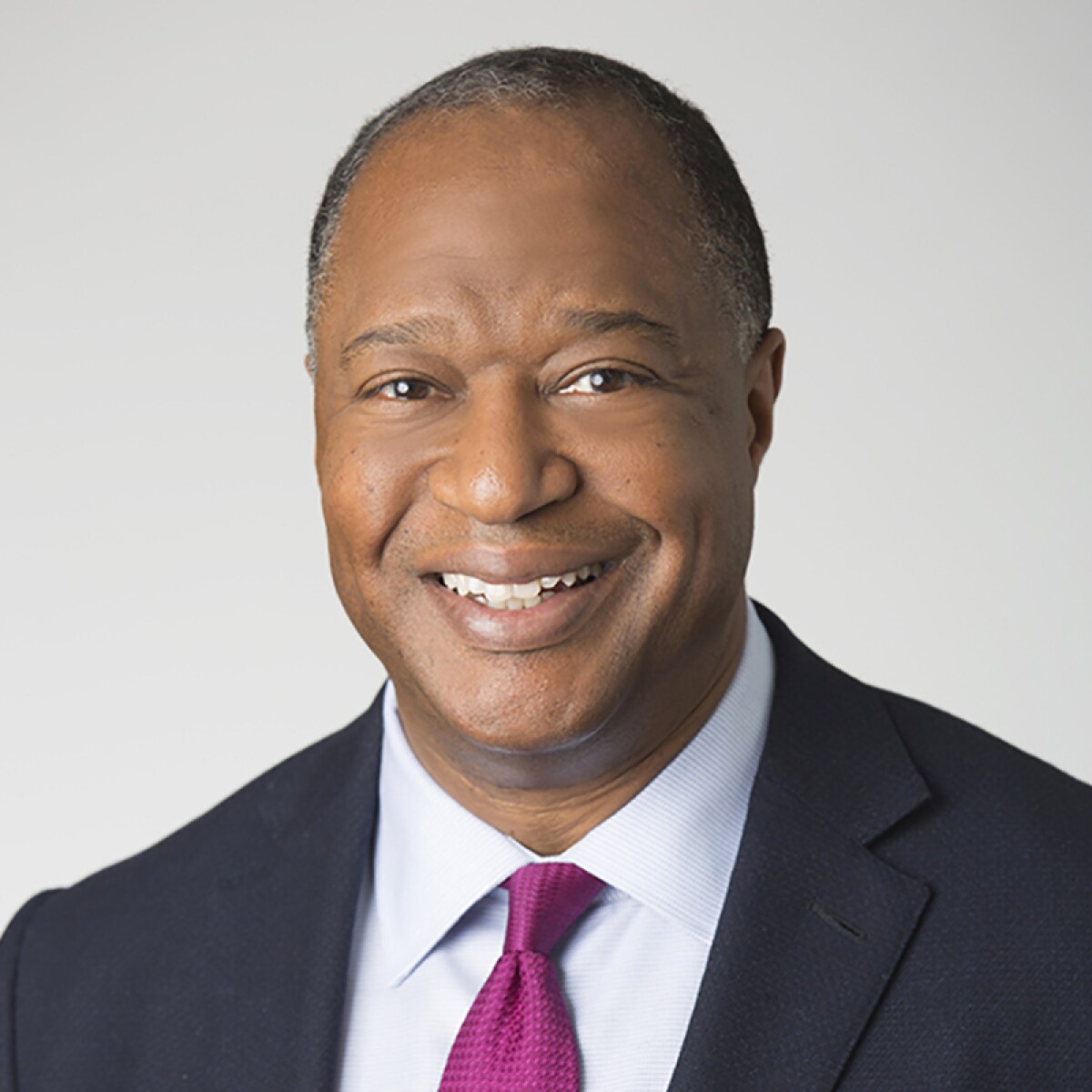 I live in Washington DC, where the temperatures are quite frigid. Although last night was a little cool. My wife, my wife said You promised warm temperatures. I say, well hang on, hang out there on the way, I hope. But it's so good to be with you and to be able to share my experiences in human capital leadership, and great to be here with my colleagues and to our founding partner, Roger Anderson, who founded the med tech business some 38 years ago, but Roger started when he was quite young. But it's great to be with you to represent our firm and what we've done over the last really 50 years in providing leaders. I've spent the last 25 years serving on the boards of major corporations, as well as advising leaders in the C suite, both at the fortune 500 level and even small startup companies around the country and the world. And one of the things that I have found is that the consistent theme and the consistent issues that are raised are all about people.

We find that people often get hired for technical competencies, but they get fired or demoted or they fail for leadership deficiencies. It happens all the time. I'm advising a company today that is loaded with cash from from grants and investments are right now they're experiencing the most chaotic scene in their history, because of leadership. And so talking about leadership is not trite. It's critical. Even if you've got the right mousetrap. You've got the right invention or the right product or the right service. It's really all about leadership and getting that right at the very front and understanding how do you do it.

I find that even though the innovation that you bring here today, which is rich with possibility and may be a game changer. We've got to find the right people you got to find the right people who will leave the organization and give leadership to to the most important delivery and success of the business. I have found that investors are all betting on leadership. And while the technology innovation is crucial, you gotta have the right people making it happen. One of the things that I think is important is leadership starts with us. It's Who are we and what do we bring to organizations to make it really impactful?

After losing both of my parents and getting married and having a family. I mentioned my dad has three sons. My parents have three sons, the only daughter and our wife was my first cousin to live two doors down and she to develop metastatic breast cancer. Here I am an adult and I'm saying to myself, I'm not going to let what happened to my mother happened to my sister, she was like a sister to us. And so I went on a journey. And I got the best medical care for her at MD Anderson. I talked to the chairman. I got an MD Anderson. And then they mentioned these preclinical trials and they said we've gotta get FDA approval, or the Obama administration was leaving, the Trump countries was coming in and I got the head of FDA for the Obama administration and the head of FDA for the Trump administration on the phone with me talking about my sister who was dying of metastatic breast cancer. They approved a clinical trial. No, then I had to go get congressional approval. I was working hard because I knew I did not want to lose her. We got congressional approval, and then we got AstraZeneca and others with a pre-trial so to qualify her, we got her into MD Anderson in Houston. I flew down and by the time I got there, the physician said to me, you know you've got all the right marks here, you set it up, but it's far too late. It's far too late. And so I sat by her bedside and she passed on from this life to the next. So what you do matters and why you do it is critical. It's the raison d'etre . And so I want to encourage you today to continue to tell your story. And for some of you telling your story is difficult because you want to keep it very medicinal, and and technical. But tell your story about the things that have happened in your life that have stretched you and cause you to grow. Now McDonald said to me, the former chair Mckinsey, he says you want to know if a leader has ever had a failed rung in his or her life. You want to know that he or she has been through something either a personal failure of divorce or death or have been stressed to be sent to Asia to to run a business as someone said to me last night, or you've been out of your zip code in terms of what you do. You've had to learn a new language and to experience those are the experiences that grow you up. They cause you to grow and develop as a leader. And so do what you do.

Because it matters. That why you do it matters. And who you're doing with is critical. You want to be you want to have a team of people to come around and enable you to do what you do. Our firm has been good at this and recruiting people, particularly diverse leaders, all leaders to come in and have an impact on organizations. Because the studies show that diverse teams bring differentiated ideas, differentiated insight experiences, you want diversity not only ethnic, not only gender, but also generational you want regional diversity scales, experiences that come from other places. We have to remove this echo chamber of sameness. The echo chamber of sameness keeps us from being innovative and creative. It's also the place where we can grow and thrive in businesses and organizations. And so we're here to help you do that. We have an affinity with a number of organizations of people groups. And skills that enable our clients to thrive and to serve and to do well. We believe that leadership is the key. The technology is crucial, but finding the right people to lead is critical. Let me just close by saying to you, the poet Babcock says well, he says be strong. We're not here to play, we're not here to dream. We're not even here to drift. He says we have hard work to do and loads to lift. He says shine the struggle. Face it is God's gift. Lean into the difficulty and struggle. Know who you are. Know that what you do matters. Also understand your why for why you're doing what you do. And then lastly, make a commitment to build a culture that will be thriving. That’ll be diverse and different. That will give you the energy and innovation you need to leave for the future. Thank you very much.

Dale Elton Jones is the Former Chief Executive Officer of The Diversified Search Group. His responsibilities included management of the firm and its global CEO Advisory ‎Services.

Before joining Diversified, Dale served as Vice Chairman and partner of the CEO and Board Practice at Heidrick & Struggles International where he consulted CEO and Corporate Boards on Human Capital Issues including recruiting, retention, succession planning, and corporate governance.

Prior to entering search, Dale held a series of positions in business with increasing responsibility. Dale has also taken on special strategic roles to serve Steve and Jean Case, founders of AOL and CEO of Revolution Ventures. Dale brings many years of longstanding relationships ‎to his clients from his involvement with YPO, the CEO Forum and the National Association of Corporate Directors. He is an experienced and sought-after advisor on leadership issues for Fortune 500 Companies.