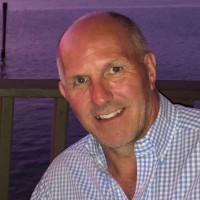 CEO, AiM Medical Robotics
AiM Medical Robotics is developing a portable MRI compatible surgical robot for use in the OP and MRI suite. The system is being designed for the treatment of functional brain disorders (e.g. epilepsy, Parkinson's disease).

Bob Cathcart  0:00
Thank you Clay and thanks to the organizers for having us here to talk about this exciting technology. And I do appreciate everybody who is in the room this morning for sticking it out on a on a Friday morning.

So at AIM Medical Robotics, we are developing the world's first MRI compatible surgical robot that will travel with the patient into the center of the burr.

Our mission is to really improve outcomes for patients who are undergoing surgical treatment for brain cancer and for functional disorders like epilepsy and Parkinson's. By combining real time imaging with the precision of the robot, we believe we can revolutionize what surgeons can do in the MRI scanner. And our goal is to help surgeons hit their targets deep in the brain the first time every time.

So I want by way of background, we are a development stage company looking to raise $30 million in our A round. We have the worldwide exclusive license to this technology which originated at Johns Hopkins in the in the Worcester Polytechnic Institute, outside of Boston, we have raised $3.5 million in the seed round. But more importantly, the inventors, the researchers have been granted over $14 million of NIH and NCI funds over the past 10 years, which has led to the development of prototypes in the academic setting that have been used in animal studies, in human clinical trials at the Brigham and Women's, were working with our very important development partners at Triple Ring Technologies to now build the commercial prototype. We have issued patents, a growing portfolio, we are first targeting a large target market in neurosurgery. But we see this as a platform technology that can expand into other cancer areas like prostate, liver, and kidney. So let's talk about the clinical challenge that we're trying to help overcome in this space. All of us know people that are affected by these functional brain disorders like Parkinson's, epilepsy, as well as brain cancers, we are really focused on that group on the right that have become resistant to their pharmacologic treatments, and are looking for surgical help to either manage their symptoms or potentially cure what's going on with them. But we know that even after years of development in this field, there still exists significant challenges in in successfully treating these patients. And this is really called out in the paper by Paul Larson and his team from UCSF where they looked at databases totaling 28,000 patients. And they saw that within that database of 28,000 patients anywhere from 15 to 34% of the procedures done, were done for revision, meaning the patient is coming back for a second or third procedure. And the primary reason they're coming back, why the procedure failed is that they missed targets deep in the brain. And that's the challenge that we're really trying to overcome.

And obviously, anytime that patient has to come back for a failed surgery, or for revision surgery, the cost and the implications for the patient and providers and payers is significant. So our researchers 10 years ago set out to help solve this problem. And as I mentioned they they've received over $14 million of NIH funding that has led to animal studies and a 30 patient IRB study at the Brigham and Women's where they were able to prove that the robot could function inside the MRI scanner without interrupting the signal, and that they could accurately target to the submillimetre level with with tools and instruments.

So our goal now is to take what they've done in the academic center and drive it to commercial use. So from a historical perspective, what's happening today in these operating rooms, is what we call stereotactic functional neurosurgery. And it's the use of these archaic head frames that have been in the field for almost 50 years. They require a lot of manual assembly that cost a lot of time and energy in the in the field. And, and frankly, they're they're probably the number one source where these errors occur. The Rosa robot came out in in 2011, which was the first robot in the neurosurgical field. And it was, it was a very good first step at trying to automate this precision planning and targeting process. However, the Rosa robot like other robots are large, they're big, they're certainly not MR compatible. And I don't think they've really moved the needle in terms of changing outcomes in this field.

Our goal and what you see here is our first working prototype that we've developed with our partners at Triple Ring, and you see it entering

with the patient into the MRI scanner, so that the physician can now capture images in real time and be able to instruct instruct the robot where to proceed to find targets deep in the brain. We think this has revolutionized the way physicians can treat patients going forward. Aside from that, if you notice the system has to fit

In the burr, so it's going to be very lightweight, it's going to be portable, it can be used in any MRI scanner anywhere in the hospital. And we think this is going to be really attractive to hospital administrators who have been paying millions of dollars for large, floor based robotic systems that really don't move from room to room and don't really sometimes generate a very good ROI.

So just shifting gears a little bit to the market opportunity, we positioned as total available market at just over $2 billion. In our go to market strategy, we'll have three sources of revenue first would be the sale of the capital equipment, or the robot to the to the hospital. The second source of revenue will be disposables that go along with that. So we envision

modular end effectors and other MRI compatible tools that would be deployed, depending upon the type of procedure that they'll be doing. And the third revenue source would be coming from service contracts. This is a pretty standard revenue model that's used by robotic companies in the field today.

Just from a little bit of a regulatory perspective, we've had two different outside organizations provide us opinions that we will be a class two device requiring requiring 510 K notification and because of the robot, sorry, the Rosa robot in the field today. They don't believe we'll need clinical trials that will certainly be something left to adjudicate with the FDA going forward where we think this is a is a good pathway forward for our system.

Talk a little bit about the team. I'm the CEO. I have over 30 years experience in the medical device space and relative to robotic, I was the worldwide commercial head for Hanson robotics, up until 2017 When we were acquired by Auris. Greg Cole is our Chief Technology Officer and he's one of the Co-inventors of this system. Greg has had experience at Philips in clinical research and then large industrial robotics companies like AAB, and Seegrid. Jonathan Sackier is our chief medical officer Jonathan is a renowned general surgeon and turned entrepreneur and he was one of the founders and directors of computer motion, computer computer motion took commercialize the first surgical robot in advance of the DaVinci Robot. That technology eventually evolved and became part of the intuitive system. And he's got tremendous experience in this field. And Greg Fisher is the Director of Medical robotics, and the Co-inventor of this amazing technology and he chiefs serves as our chief scientific officer. We've got a great medical advisory board coming together. Dr. Julie Pilitsis, who is now the dean at the Florida Atlantic medical school is a functional neurosurgeon, and she is a co inventor of the system as well. She and Greg collaborated on this work when she was at Albany Medical Center, and really has been leading the clinical trial of the animal trials with this with a device. She has helped us organize a great advisory board with key opinion leaders from the Cleveland Clinic Emory University, USC and Northwestern board of directors to myself Craig Pearson is the founder of the company is a banker out of South Florida. Jonathan joins us on the board as the Samantha Suri and Alex Wilson who are come from institutional funds that invested in our seed round. So as I mentioned, we have raised $3.5 million in our seed round that was really brought to bear by IQ capital, a London based venture firm Surrey capital out of New York City, the lambda Fund is a family office out of New York, triple ring technologies, our development partners is also an investor in what we're doing as is WPI. Just lastly, to finish up, we're looking here today after having raised $3.5 million that we have our first commercial working prototype, which you saw in the earlier video. And we are setting out to raise $30 million to basically further development of that prototype and get it to the FDA and bring it to the market and then we would subsequently look at a B round for commercialization. And that's really it. I thank you very much for your attention. We are doing exciting work, much needed work with this system. And I'd be glad to meet with anybody after the presentation here. Thank you