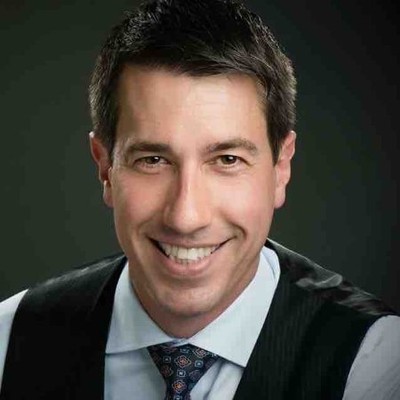 Daniel Powell  0:00
Thank you very much. My name is Daniel Powell. I'm the CEO of Spark biomedical. We are an FDA approved wearable neuromodulation system for opioid withdrawal, and overall looking at addiction relief.

This slide is a really sad slide. When I first was doing these presentations, and the beginning or the very end of 2018, when we started the company, that number of opioid overdoses, the top left was 42,500. That's the number of Americans that died in the Vietnam War. At that time, we were losing about a Vietnam wars worth of citizens of this country every year from opioid overdose. That's just opioid overdose. That doesn't include anything else. I thought at the time, we were at the peak of the opioid epidemic. And unfortunately, I was very, very wrong. Last year was 69,710 deaths. Just in the three years we've been building this device, opioid overdoses in America has increased 42%, exacerbated by the pandemic for sure. But also exacerbated by the introduction of synthetic fentanyl that's invading every other drug. The other tragic statistic on this not to go through every single one of them is the 35,000 babies born every year are physically dependent on opioids. These babies go through a horrible three to four first weeks of life where they detox in the NICU. This is an average cost of about $3000-5,000 a day to the county. And it is a horrible, horrible beginning. And the main way they treat these babies is giving them oral morphine, a toxic substance to their underdeveloped livers. So a natural question you may ask is Why is there an opioid epidemic? The sides opioids being the absolute most addictive substance on Earth. It's not about euphoria, after a while it is not about the addictive want. It's about the painful withdrawal that you run from. A family member of mine at Thanksgiving table, who had beat heroin, said you're just running from withdrawal every six hours every day, for your entire life. And that is why withdrawal becomes such an important component in battling the opioid epidemic. And so why is the withdrawal so bad with opioids compared to others? It's because you create both functional and structural changes to the brain over time and use your reward system shuts down. Your brain cannot produce its own endogenous endorphins that are used to manage stress. It's what you what happens when you're startled, you're scared, you're mad, you're in a confrontation, you're hurt. Those chemicals are devoid from your own production. And then you have the natural need for the opioids themselves as the body is accommodated to them. So we've innovated a solution that fixes both those problems. It by using low and high frequency stem on a completely wearable device. non invasive no needles using hydrogel technology, interfacing the nervous system at the ear, we can drive both endorphin production which fills the vote vacant opioids. And we can actually calm down the autonomic balance, which causes that fight or flight and anxiety and sheer panic. Most people in withdrawal will tell you or who have gone through it, they think they were going to die. They believe it with their whole heart. And it's because it's a primal fear and nature that drives them. So this is our mechanism of action using low and high frequency stem on both the vagus nerve and the trigeminal nerve. And this is what it looked like in our clinical study, the average patient came in and we actually push them into moderate withdrawal. So that we could absolutely show we could get rid of withdrawal. So the average patient was a Cal score. It's the clinical opioid withdrawal scale of about a 15 and a half, and just 30 minutes of STEM to 60 minutes of stimulation, we're able to drop that score by over 53%. And what this clinically meant was one out of three patients had zero withdrawal symptoms and 60 minutes, and 93% of all the patients were in at least mild withdrawal but something very bearable. This has a profound effect. But most exciting is what happened on days two and three and four, when your withdrawal symptoms would be continually getting worse and worse. And what we saw was not only did we have a profound effect, but the effect was durable day after day. A typical detox from something like heroin, fentanyl, oxycontin is about a five to seven day process, so this therapy was delivered about 10 hours a day, every day through the detox process.

This is the Sparrow Ascent. It's our second generation product not FDA approved yet 1.0 is this we'll be coming out here in a couple months, drastically reduced our cost of goods sold by 75% redundant manufacturing in America and nothing coming from China anymore, and really built to scale our business. It's a very sleek, elegant design that's made for mass manufacturing. But what's nice about the product itself is neurostimulation on the auricular nerves has no systemic side effects, no misuse calculations, no chance of overdose, and overall can be used in the home in a clinic or any in is ambulatory. Everything is proprietary and fully patented with excellent freedom to operate opinions. And all this leads to what we're doing at Spark. So our first step in our mission was to beachhead into opioid withdrawal. But we really always wanted to be an addiction company. And so we are looking at neonatal, we've run an eight baby study and now have a $2.5 million grant to bring that product to market for the neonatal indication. And we also have from NIDA, another $2.5 million grant to look at long term addiction recovery. So instead of just stimulating the vagus nerve and the trigeminal trigeminal nerve, and that acute withdrawal time period of five to seven days, we're going to use neuro stimulation for the next 90 days during recovery, to reduce cravings to reduce anxiety and depression and all the triggers for relapse, in hopes of expanding our indication to a relapse prevention platform. So this is really exciting for us, because it starts to get to the heart of what causes addiction, which is normally trauma or PTSD, which we saw solid indications in our clinical study of improvement and really positioned Spark Biomedical as the premier company that is tackling the opioid epidemic. This is our leadership team. Combined, we have about 150 plus years of neuro stimulation medical device experience very specific. My founders are both partners are Dr. Khodaparest and Dr. Covalin. They're both PhDs in neurophysiology and neuro engineering and have deep deep roots in this field and expertise. Overall, it just like to end we do have a series A open, if anybody likes to talk in the backout room. I would be happy to give specifics. But I will just say there's a lot of stigma associated with opioid overdose with opioid use in our country. It there's a treatment desert out there, we've named it where they're people just not getting the care they need. And the world desperately needs more solutions like this. And it's an exciting time to be innovating because there is a clear need. And we're breaking some some of these barriers down. But it's going to be a long haul to really change the minds to get more people to help they need. This year the opioid overdose rates are probably going to go up another 10 to 15% over what I showed you, so it's just continually getting worse, and not better right now, unfortunately. But thank you for your time and I look forward to talking to you

Daniel Powell has over 25 years developing and selling technical solutions across multiple industries and has served in multiple leadership roles in Marketing, Business Development, Program Management and Software Engineering. Mr. Powell's found his true passion in medical devices, specifically neurostimulation and has since launched multiple product in the space including Deep Brain Stimulation for movement disorders and Vagus Nerve Stimulation for Epilepsy. Mr. Powell co-founded and serves as CEO of Spark Biomedical, the developer of the FDA cleared Sparrow Therapy System; a novel, wearable neurostimulation solution to address opioid withdrawal and addiction.