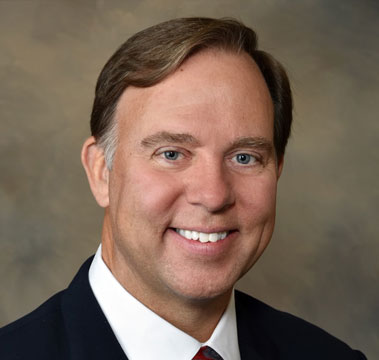 Chief Strategy Officer, Dymicron
Read Biography
Dymicron is an innovation-driven medical technology company that is advancing a new generation of musculoskeletal devices made from Polycrystalline Diamond (PCD), one of the strongest substances known to man, and a material for which Dymicron has exclusive patented use in all human interbody applications.

Ted Bird  0:01
Good afternoon. It's a pleasure to present a very exciting opportunity and one of the fastest growing areas of spine. Cervical total disc replacement Dymicron's purpose is to replace disabling neck pain and soreness by restoring natural motion and mobility with an artificial disc that lasts for a patient's lifetime and revitalized patients lives. The Dymicron story is very interesting. Dymicron's founder Bill Pope, was a material scientist and university professor at Brigham Young University, who had started several very successful companies to commercialize polycrystalline diamond for industrial applications. The impetus for Dr. Pope to start the company was after a friend told him he had to get a revision hip operation because his hip implant had worn out. Dr. Pope was not a med tech guy, but his vision was to apply the unique properties of polycrystalline diamond, one of the world's hardest substances, to orthopedic joint replacement implants to solve the problems of wear debris related pathologies that are associated with failures in orthopedic implants. In a nutshell, his vision was to create orthopedic implants for a patient's lifetime. Cervical disc degeneration is debilitating. You can't do normal things like take a walk with loved ones or lift a child without extreme pain. The abnormal disc causes neck and or arm pain, spasms, numbness, tingling and difficulty sleeping. The treatment options are conservative care with physical therapy, pain medications, and multiple rounds of spinal injections Followed by surgery If symptoms persist. In recent years artificial disc products have been developed as an alternative to the traditional approach which means metal plates, screws and spacers, which fuse the vertebrae into a single, stiff unit. Artificial discs have proven to be effective in most conditions, resulting in preservation of normal natural motion and flexibility while protecting the patient from occurring pain and discomfort. However, most of the current generation of disks often generate harmful wear debris because of their inferior materials and biomechanical designs that do not replicate normal human motion. One of the biggest shortcomings in joint replacement implants is wear debris from current polyethylene and metal materials which leads to inflammation aseptic, osteolysis and ultimately loosening. On the right our six year follow up CT scan images of a patient who was implanted with a metal on polyethylene artificial disc at two levels, who developed periprosthetic osteolysis and had to undergo a revision fusion surgery to stabilize their neck. There are two main unique features of the Triadyme C implant. The first one is three lobes on the superior half of the implant are smaller than their mating pockets on the inferior half. This allows for coupled translation and physiologic movement of the discs axis of rotation, along with rotation in all three axes. The three lobes also make the implant very stable compared to single lobe ball and socket style designs. The second differentiating feature is the material on this disc which is made from the hardest, slickest and most wear resistant material known to man diamond. The diamond surfaces of the Triadyme C disk are not a coating, but actually a solid piece of manmade polycrystalline diamond. The diamond layers are the black layers shown in the picture. Cervical disc replacement is currently one of the fastest growing market segments in spine estimated to grow to be growing at 18 to 20% a year over the next few years. The global cervical implant market is two and a half billion dollars. The cervical disc market is currently at about $300 million and expected to grow into a billion dollar market in the very near future. There are nine different artificial discs that have been approved by FDA, with only five being actively marketed in the US and a couple are currently in IDE trials. All of these designs have sub optimal geometric designs and materials that create wear debris.

Ted Bird  4:27
Dymicron has already retired critical risks and product development and market validation, regulatory pathways and capital fundraising. Over 350 devices have already been implanted outside the US. We have protected disruptive IP coverage with over 80 patents and have invested in proprietary manufacturing process and equipment. On the regulatory front, we secured a new CE mark in 2020 and are in the process of completing an IDE submission to initiate FDA trials later this year. We've raised $70 million in capital to date primarily from insiders and have a 10 million of our current $20 million round already committed. We also have an expert leadership team with over 70 years of experience in spine. Dymicron is looking for new investors to co invest with the current owners in a $20 million round to achieve US clinical validation milestone and support commercial expansion into select international markets. FDA and European clinical studies will be initiated this year with a plan to achieve a clinical validation, milestone in 2023. There will be a potential exit and in '24 with a successful clinical validation milestone on our FDA studies. If not a $20 million follow unraised will be needed to complete both studies by 2027. The lack of next generation disc designs in the FDA pipeline create a scenario for a trade sale transaction upon clinical validation. Here's a list of seven spine m&a transactions over the last five years, with three of them being focused on a cervical disc. Here's a short video from various key stakeholders that I couldn't bring up to the stage with me this afternoon to help me tell the Dymicron story.

It is an incredible material. The design of the cervical implant, coupled with the material makes it a standalone, next generation solution.

Ted Bird 6:45
The solution from Dymicron with Triadyme polycrystalline diamond material and try low biomechanical design truly is unique, novel and disruptive to the marketplace.

Leslie Pope  7:00
Dad was curious about how everything worked. One day he was talking to a friend who had just received his second artificial hip. And Dad said, if that hip had been made out of diamond, you wouldn't have ever had to have it replaced. And that got him thinking what could we do with this diamond material.

Dr. Armen Khachatryan  7:25
Historically, in the spine, we've done a tremendous number of fusions. And what that means is you're taking two vertebrae and you're fusing them together. Disc Replacement, instead of gluing those two bones together, you are actually putting a prosthetic device between the two vertebrae to then to allow those vertebrae to move normally, what's unique about triadyme MC is is polycrystalline diamond bearing surface. So this is one of the hardest known materials known to man, as well as it has very, very low coefficient of friction on that polished surface. With those two particular characteristics, were able to achieve a disc that can last a very, very long time, I think almost indefinitely and have very good work characteristics.

Jeff Bennett  8:05
The other key technology that triadyme C based on is the idea of using geometry to replicate natural spinal motion, Dr. Ballwin conceived of this by adding three balls and three sockets, he could much more closely imitate the natural spinal cord. And that's so important because you want your spine to move but not to move too much. There's a lot of key surrounding structures that you want to protect.

Alan Layton 8:33
Unlike gem diamond, our diamond is polycrystalline where under the pressure of our manufacturing process, which is a million psi raised to a temperature of 2700 degrees Fahrenheit. The materials become liquid and are fused together into a polycrystalline matrix that is diamond tough because of the molecular bonds.

Jeff Bennett  9:00
The US is the biggest medical device market in the world. And we're just in the final stages of submitting for approval to do our clinical study. That's going to be the basis of our US FDA approval.

Ted Bird 9:13
We have this product perfected. We have the regulatory approval outside of the US we now have 350 of these implants in patients over the past five years doing great

David Harding 9:25
now that the technology has been proven, we're ready to go out and really make some waves.

Ted Bird 9:34
With that, I thank you and I'll be in the room next door for any questions. Thank you have a great rest of the show.

Ted Bird has over 35 years of global commercial experience in the medical device arena, including 30 years in the spine industry specifically. He led global marketing, medical education, and business development at Medtronic Sofamor Danek, served as VP of Spine Arthroplasty Education at Depuy Spine/Johnson & Johnson, President of Orthofix Spinal Implants Division, and Chairman of the Board at Apifix. Additionally, he served as Chief Operating Officer at the Zucker Institute for Applied Neurosciences at the Medical University of South Carolina, Chief Commercial Officer at Titan Spine and founded Bird Medical Group, a strategic management consulting firm. He graduated from Brown University with bachelor’s degrees in International Relations and Political Science.