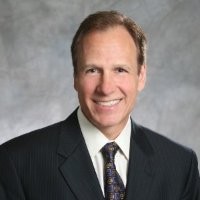 Lloyd Mencinger  0:00
Okay, so first little bit of what we're doing at Aqua medical. We have a platform technology, it's water vapor ablation to treat disease throughout the GI tract. It's a catheter that goes through the endoscope goes through the mouth, it's a 30 minute outpatient procedure, conscious sedation, non surgical, the patient can go home or go back to work the same day. And we have three very large therapeutic targets. So first ablate Barrett's esophagus to prevent esophageal cancer, second to ablate the duodenum to target type two diabetes, very interesting. And the third is to ablate pancreatic cysts to prevent pancreatic cancer. So three therapeutic targets three really large market opportunities, one platform technology to address them all and powerfully one physician who does a procedure so this is the GI endoscopists who drives the endoscope. So it's powerful economics for the sales force of a strategic. Alright, system looks like this kind of we have the smart generator console, we have a portfolio that we create a unique catheter tips for each area in the GI tract that we're targeting. Alright, first, Barrett's esophagus is a potentially precancerous condition. 3 million people have Barrett's and standard of care is endoscopic ablation. So here is our Aqua procedure, the endoscope is going through the mouth, going down to the esophagus, and you can see our catheter or blue catheter. And what we do is we deploy two shape memory self-expanding discs, and they create this really neat treatment chamber where we precisely dose the steam. Now, it's interesting, the esophagus is not a smooth organ, it has all these interstitial areas and crevices and nooks and crannies and the curvatures, vapor is the perfect ablation agent, because in spite of that, it can get through all those irregularities and also get a controlled depth of ablation into the mucosa, which is what you're looking for in this in this in Barret's. Okay, the current technology, the market leader, the one on the left is Medtronic. It's a it's a great product. But of course, it has some issues that you would expect me to mention. If you look, it sits next to the endoscope. It's too big to fit through the endoscope. So what that means is if you look at if you're at the patient, and the physician is actually manipulating two devices through the patient's mouth, so what does that do? It immediately makes it an expert physician task. So it really constrains the market. Also, it's a it's wires wrapped around a balloon, and it's rigid. So what happens it misses these irregularities. So it misses areas, they have to repeat procedures, and a study actually showed patients require 2.8 procedures, median, be over the course of many months, because they have to ablate they come back or we miss these areas ablate again, etc. So now if you contrast that to Aqua, you see our blue catheter comes right through the endoscope. Any gi Doc can do this procedure. And it's extremely easy to deploy our disk and dose and retrieve them. So our thesis is faster, easier to use fewer procedures per patient and lower costs. It's a far lower cost device than the complex balloon. Now, interesting, interesting fact the person who created the radiofrequency ablation Medtronic technology, it has about 95% market share. That person is our chairman of the board. So Greg Barrett, so it's really great. So it's kind of like, hey, yes, that was old. Now. It's the next thing. This is new, we have the Tesla versus a combustion engine. So it helps us a lot. All right. So the second one, duodennum diabetes. There's a large body of evidence out there that describes the role that the duodenum plays in glucose homeostasis, and metabolic disease, including type two diabetes. And more recently, though, there have been randomized controlled studies that show endoscopic ablation of the duodenal switch can actually reduce hemoglobin A1C and certain cohorts of patients enough, so they can completely eliminate daily injected insulin. So huge, huge deal, a 30 minute outpatient procedure and you can stop daily injections. So a lot of money, a lot of focus is going into this endoscopic ablation one company has raised 322 million and their post money valuation we found out as 870 million. So the beauty of this for Aqua, is that physicians that are involved in these studies in this space actually approached us and they said, hey, hey, Lloyd, what two things one, the effect is real is a real effect. And number two, that the devices they're using for this are extremely complex. So if you look at that endoscope, to get that endoscope into that position, and the duodenal takes a average skilled endoscopist about two minutes, so our catheter is so easy to to deploy and retrieve, so the guy says, Look, you have you have the ideal product. Long story short, we're

Unknown Speaker  5:05
already in animal studies and results look really promising. So obviously, we're pursuing this one, aggressively. Alright, the third one pancreatic pancreatic cancer, obviously a terrible disease. Right now there's no effective non surgical option. It's really you probably you may be familiar to whipple procedure. If surgery is necessary resection of the pancreas. It's a terrible impact to quality of life. And what I did not know is three and a half million people have pancreatic cysts, and they find them from essentially defensive medicine. There's so many MRIs and CT scans done. They say, Oh, by the way, you have a pancreatic cyst, come over and we'll send you to this gi doc that has a unique endoscope. And here's the procedure. It's also an upper endoscopy procedure. It goes down you see through into the past the stomach, sits right next to the pancreas. Now this scope has a special probe. It's an ultrasound probe, ultrasound tip, and that finds the pancreatic cyst, see it there and then a needle goes into that cyst. And what they do today is they aspirate the fluid, and they characterize it. So they do it's benign, indolent, aggressive, or cancer. And that's it, they're not treating. And so the patients the patients are scared you know what's happening. You're, oh, it's indolent. Come back in a few months, we'll tell you if it's progressed. And the doctors that are doing these procedures, I can tell you, they're like, We need something for this. This is terrible. Now, up to this point, this is all standard of care. Aqua has done nothing to this point. However, vapor is the perfect ablation agent for this, because it can fit through this tiny 19 gauge needle. And it has an enormous amount of energy, 540k Cal's per cc it dumps and then it collapses into just droplets of water at times reduction. So it's the perfect ablation agent. We're already in sort of ex vivo animal studies. And obviously, we're pursuing pursuing this one. Okay, where are we as a business? We have three 510 ks cleared. And the two things one, we are clear to ablate throughout the entire GI tract, so we can pick a target through the entire GI tract. And in the red box there, we were given the entire bevy of indications that radiofrequency ablation has even expanded ones that they achieved later. So we're thrilled with that. We have a great first in human study for esophagus, 19 pages of patients published in endoscopy. We think we have a fantastic team. So Pete Nicholas, the founder and chairman of Boston Scientific, has invested over 2 million in Aqua, Greg Barrett, we talked about him he was someone that sold Barrx to committee, and Medtronic has done many deals. He's very operationally started many companies, we work together very closely, weekly, even daily, sometimes, Bill Starling. Maybe a lot of you guys know, Bill, he's, first of all the companies he started are selling over $4 billion out there today. And I asked him for like put a CV and I said, Well, how many IPOs have you done before he goes, Well, I've done three, three and a half. What are you talking about? He says, Well, we were doing an IPO and then we got acquired before he could finish it. So it's I mean, the guy's very humbled to but really helpful operationally, to us. So fantastic. So you know, in summary, platform technology, we're going to have to some really big clinical needs three 510 Ks, strong early clinical work. We have reimbursement, we actually have coding coverage payment for the Asaka GL application, strong IP. We were all at all the top Kol has worked with us and we have we think a veteran team raised 15 and a half million series A and when we're seeking 15 for the series b Thank you