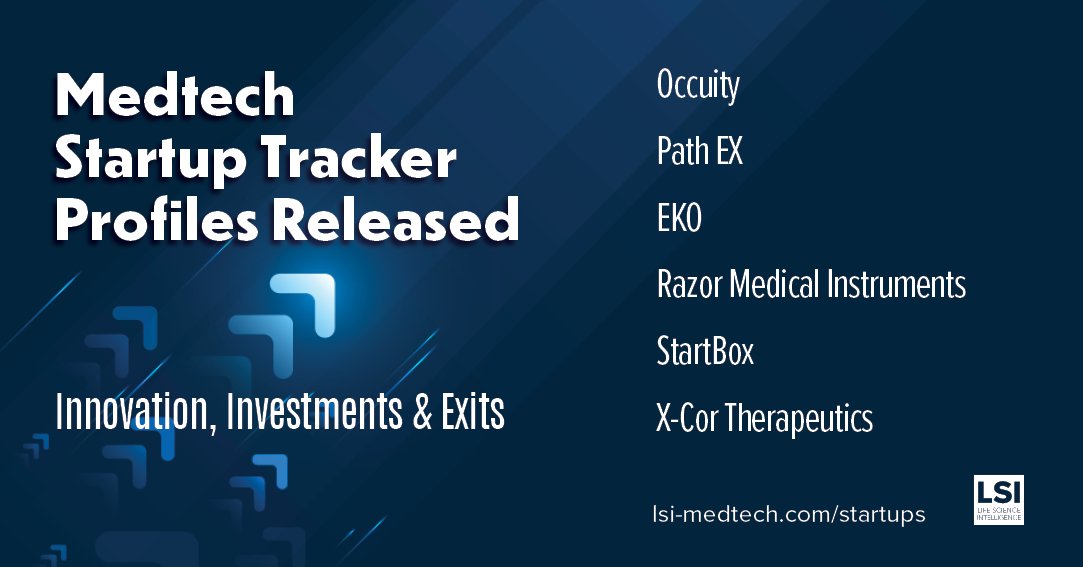 The company’s intellectual property is being used to develop handheld pachymeters, keratometers, and pupillometers for use in human and veterinary optometry. According to Occuity, the device will be released in 2021. In October 2020, the company raised $1.3M in a Seed round. Alcon, Carl Zeiss, and Nidek are key strategics currently competing in the ophthalmology market.

The Path EX device is being developed to diagnose and treat sepsis through the removal of pathogens and endotoxins from circulating blood. Pre-clinical studies have demonstrated that the device can reduce the concentration of pathogens by approximately 95% in a single pass of contaminated blood. In October 2020, Path EX received $100,000 for winning the Diamond Prize from MassChallenge. To-date, the company has raised approximately $740,000.

The company is developing single-use instruments for use in large-joint replacement surgeries. Razor Medical Instruments recently completed a Seed round in which the company raised $700,000. Key strategics in the orthopedic surgery market include DePuy Synthes, Smith & Nephew, and Zimmer-Biomet.

The StartBox Patient Safety Solution pairs a surgical safety kit with a cloud-based system to prevent wrong site surgery and capture near misses in real-time. The system allows healthcare providers to flag errors in real-time to prevent wrong site surgery and costly medicolegal risks. To-date, the company has raised approximately $8.8M. Cardinal Health, Johnson & Johnson, and Stryker are some of the major competitors in this market.

X-Cor Therapeutics is developing a novel CO2 device for the treatment of patients with hypercarbic respiratory failure, which can be triggered by chronic diseases such as cystic fibrosis or COPD, as well as respiratory infection and acute trauma. The company’s extracorporeal device is unique for its ultra-low-blood flow, which is more accessible, cost-effective, and safer than currently available technologies. Leading competitors in this market include ALung Technologies, Getinge Group, and Medica S.p.A.