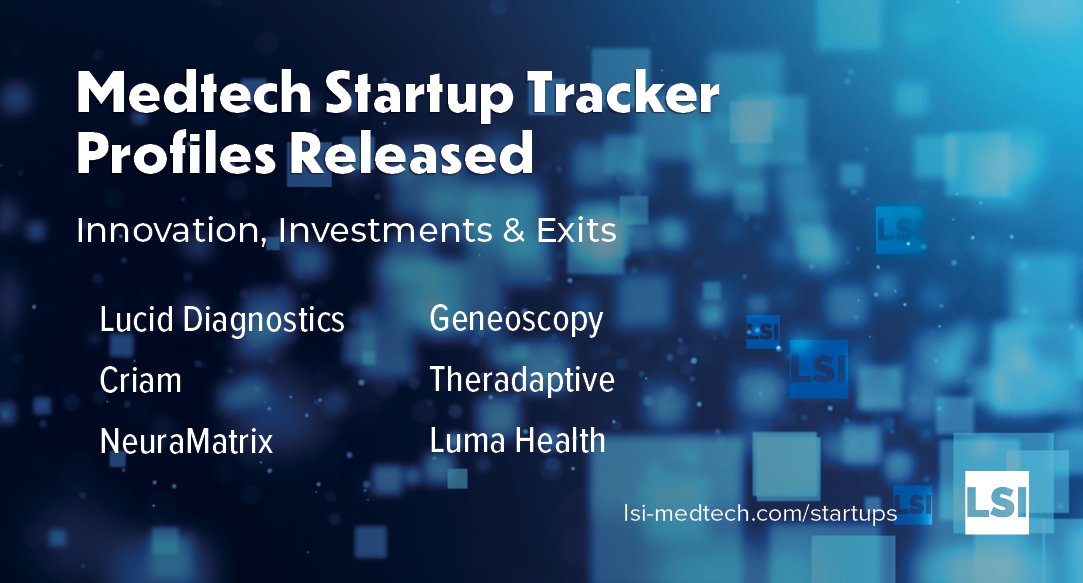 Last week, medtech startups raised approximately $249.9M in funding across 9 deals, in addition to other undisclosed deals that were announced. 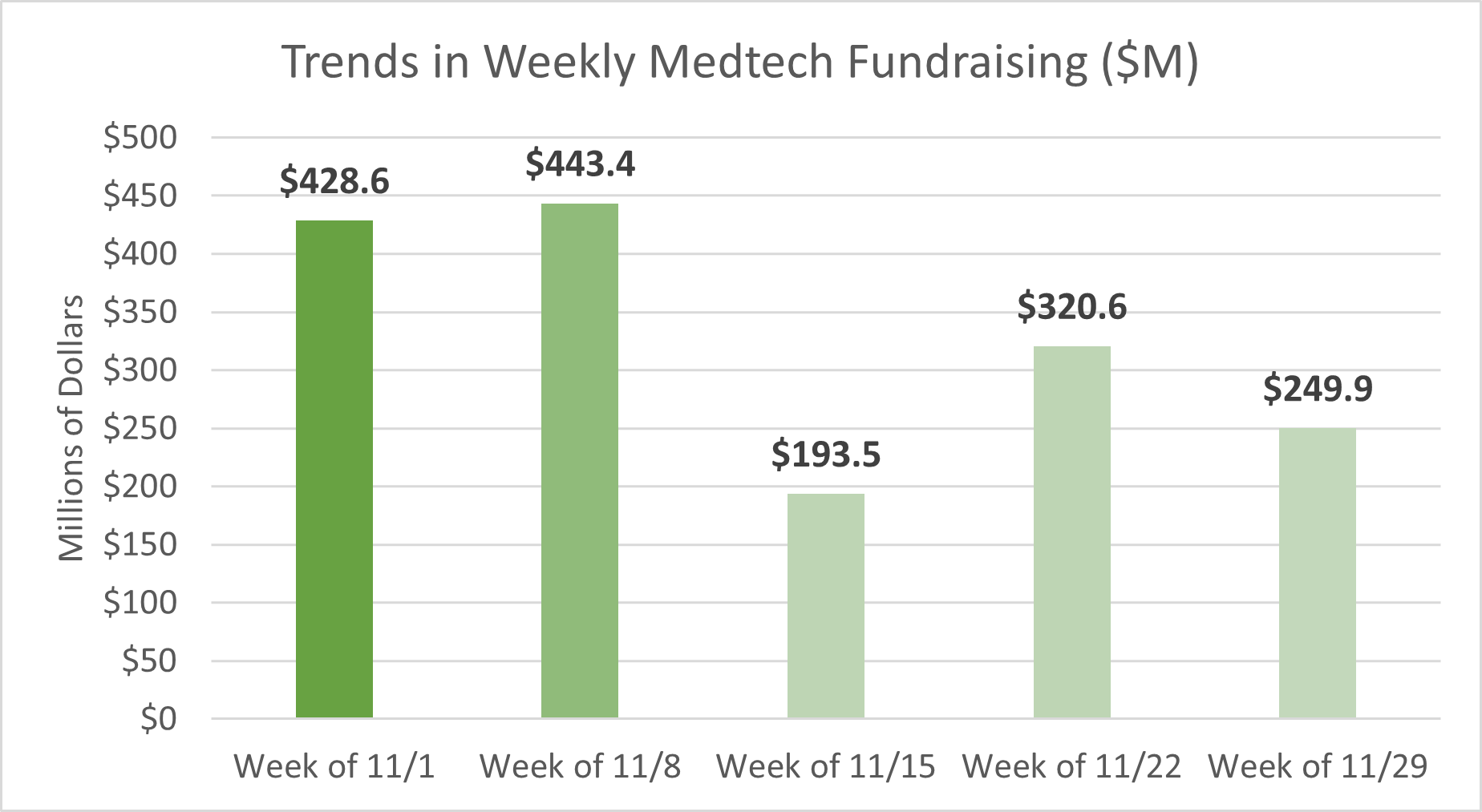 The PAVmed subsidiary develops diagnostic solutions to diagnose conditions of the esophagus which may lead to esophageal cancer. Barrett’s esophagus is the highest risk factor for esophageal cancer, a solid cancer with increasing incidence in the US. To help physicians identify BE, Lucid Diagnostics has developed EsoCheck, a non-invasive device to collect cells from the esophagus for testing. Samples can then be tested for the presence of BE using the company’s laboratory developed test, EsoGuard, which analyzes 31 biomarkers to detect BE with 90% specificity and 90% sensitivity. Medtronic is the market leader in the treatment of BE with its Barrx system.

Lucid Diagnostics will be a presenting company at Life Science Intelligence’s Emerging Medtech Summit in March 2022.

Criam is developing a point-of-care diagnostic for blood typing

Emergency settings, particularly in cases of severe trauma, often necessitate blood transfusions. To expedite the time to transfusion, Criam has developed a point-of-care (POC) diagnostic that rapidly determines blood typing. In addition to accelerating time to transfusion, the device reduces the dependency on rare, O- blood, the rare, universal blood donor type. Criam plans to expand its diagnostic platform to the detection of other diseases, including meningitis, hepatitis, and other infectious diseases. In November 2021, the company raised an estimated $2.1M in Grant and Seed funding. Abbott, BD, and Quidel are leading strategics in the POC diagnostics market.

NeuraMatrix is developing brain-computer (BCI) interface technology that will allow the brain to read and modify electrical signals. Founded in 2019, the company is aiming to develop implantable neural interfaces that will enhance cognitive ability and memories. According to NeuraMatrix, the investment will be used to support research and development of its BCI technology, as well as initiate hardware production for technologies for various health applications. Other startups developing BCI technology include recently covered Blackrock Neurotech, Paradromics, and Elon Musk’s company, Neuralink.

The company has focused on isolating and analyzing RNA as an early diagnostic for gastrointestinal (GI) disease since, according to Geneoscopy, RNA provides a “real time” snapshot of what is currently occurring in the body. Geneoscopy’s multifactor RNA screening platform analyzes the cells from the constantly shedding gastrointestinal lining into stool to obtain critical information pertaining to GI diseases before they begin appearing in the bloodstream or other parts of the body. The company is initially focused on developing its platform as an early detection and confirmatory test for colorectal cancer. On November 16, 2021, the company announced that it had raised $105M in Series B financing.

Theradaptive has developed a novel platform to that modifies proteins to improve how medical devices, implants, and injectable carriers interact with the body. The platform converts recombinant proteins into material-binding variants that form bioactive coatings for medical devices to enable long-term localized efficacy while reducing adverse events. The company received Breakthrough Device Designation from the FDA for its Osteo-Adapt spinal fusion implant on November 19th, 2021. Leading players in the orthobiologics market include Choice Spine, DePuy Synthes, and Zimmer Biomet.

The investment will be used to address demands for connecting Americans to healthcare and scale their patient engagement platform internationally in 2022. Luma Health’s patient engagement platform is a comprehensive solution that offers patient access and communication solutions, including telehealth, to healthcare providers. The company’s platform is compatible with over 80 electronic health records (EHRs) and is utilized in more than 550 hospitals, clinic networks, and health systems in the US. With the closing of this round, Luma Health has now raised $160M to date.