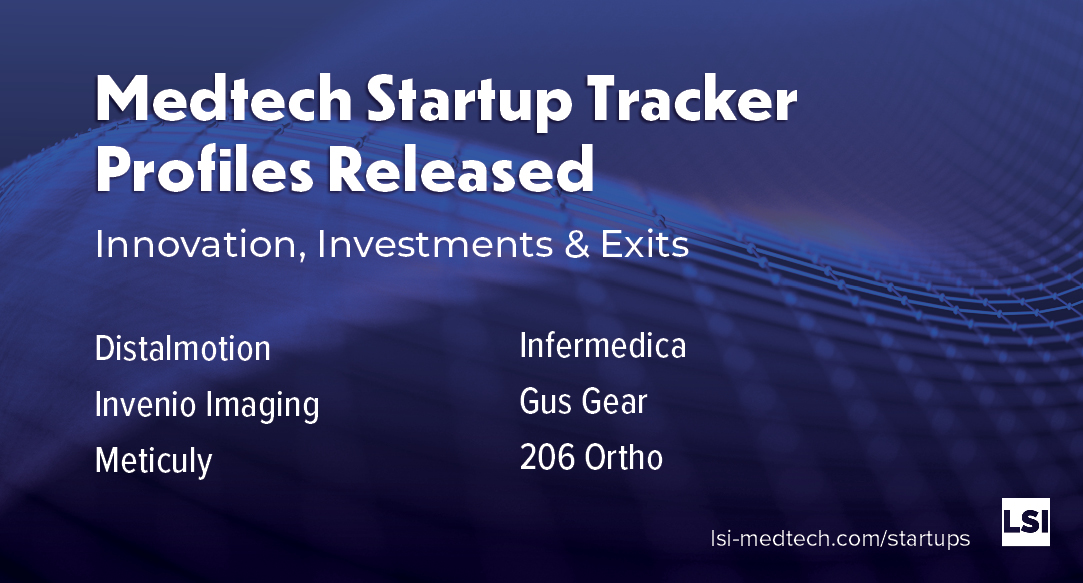 Last week, medtech startups raised approximately $403.8M in funding across 9 deals, in addition to other undisclosed deals that were announced. 53% of this week’s funding is attributed to a $215M Series C round raised by Enable Injections. In the past two weeks, nearly $1B has been raised by medtech startups. 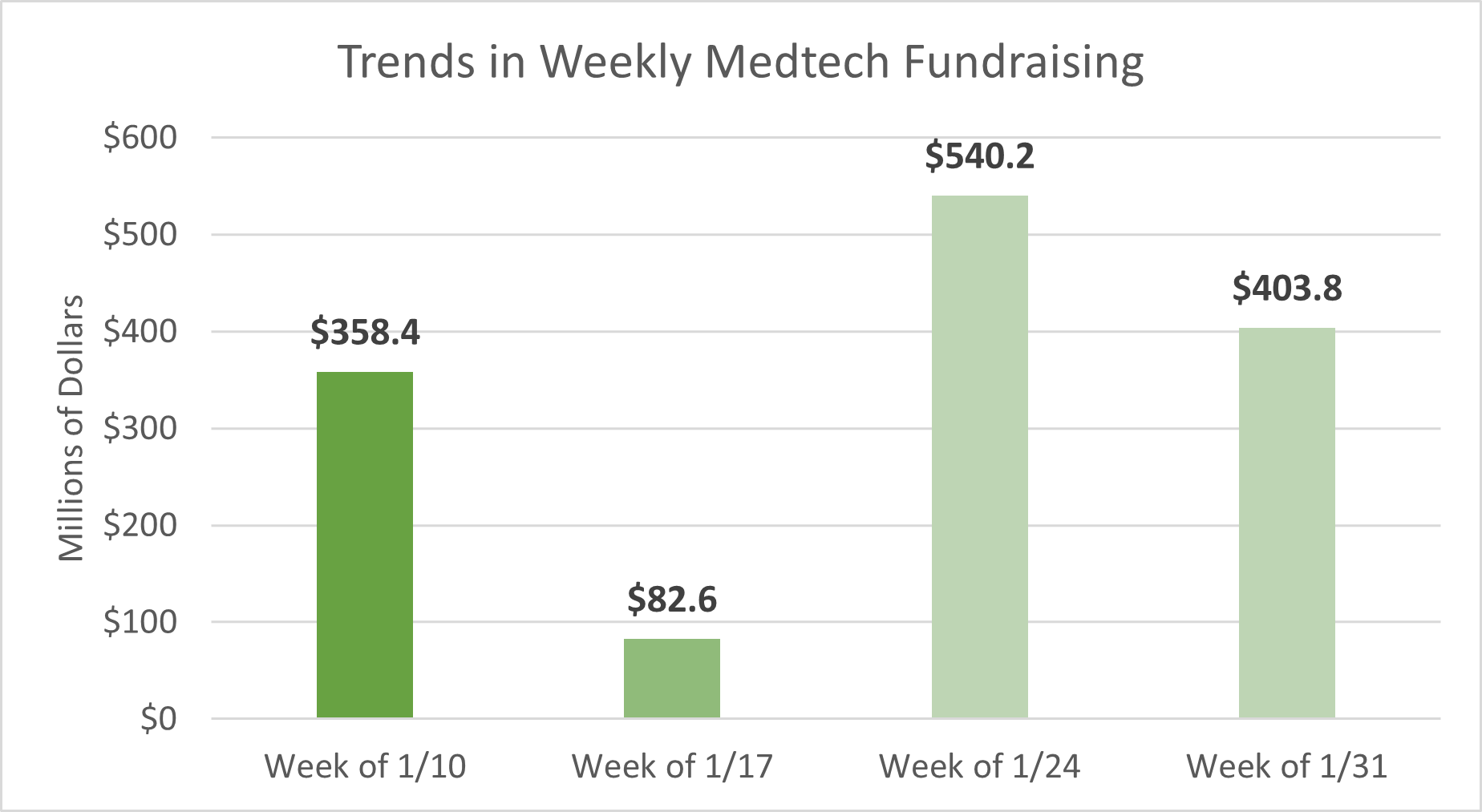 The funding will international commercial scaling of the company’s surgical robot, Dexter. Distalmotion’s robot, which has received the CE Mark, enables surgeons to remain in a sterile environment while performing complex surgical tasks such as dissection and suturing. Dexter also features an integrated robotic endoscope holder that is controlled via the surgeon console. The platform allows surgeons to seamlessly switch between manual and robotic laparoscopic surgery. Key strategics in the robotic surgery market include Intuitive Surgical, J&J, and Medtronic.

Invenio has developed the NIO Laser Imaging System to image unprocessed tissue specimen without traditional sample preparation. NIO uses Stimulated Raman Histology to enable histological analysis of fresh tissue outside of the laboratory. According to Invenio, NIO has been used in over 2,000 brain tumor procedures in the US and Europe. The company has raised $7.5M in funding to date.

The company uses a proprietary artificial intelligence (AI) software to design custom, 3D printed implants for orthopedic surgery. Meticuly converts computed tomography images into titanium implants that do not require adjustment prior to surgery. According to Meticuly, they have manufactured over 600 implants for cases throughout the world in the last 3 years. The recent investment brings Meticuly’s total funding to approximately $8.3M.

The company offers multiple solutions designed to guide patients to appropriate medical services. These solutions are intended to increase the efficiency of healthcare providers, improve patient flow, and reduce costs. Key products include a symptom checker for preliminary diagnosis, an AI-driven call center for patient triage, and a white-label symptom checker that easily integrates into apps or websites. In January 2022, the company closed a Series B round, raising $30M. The investment will be used to further develop the company’s platform and expand new modules for use in primary care. Infermedica has shared that it also plans to nearly double its team in the next 12 months.

Gus Gear has developed the Central Line Vest, which was designed to lock down and secure central lines from accidental pulls. The device allows the wearer to go about their daily life without worrying about the central line becoming damaged. The Central Line Vest is compatible with single, double, and multiple lumen central lines. Since the company’s inception, Gus Gear has expanded its product portfolio to include solutions to improve the quality of life of individuals living with implanted catheters and ostomy bags. Gus Gear recently received a $300,000 grant from the Richard King Mellon Foundation.

206 Ortho has developed and patented a unique bioresorbable, high strength material to repair broken bones. The company’s technology has been designed to mimic natural bone during the healing process, and then be resorbed by the body. Their solution is an alternative to metal implants that will improve patient care, quality of life, and eliminate the costs associated with elective surgeries to remove implants. Traditionally, metal implants can cause post-operative pain that necessitates removal. Globus Medical, Smith & Nephew, and Zimmer Biomet are some of the leading strategics in the orthopedic devices market.

Life Science Intelligence is proud to announce 206 Ortho & Invenio Imaging will be presenting companies at the Emerging Medtech Summit in March 2022.