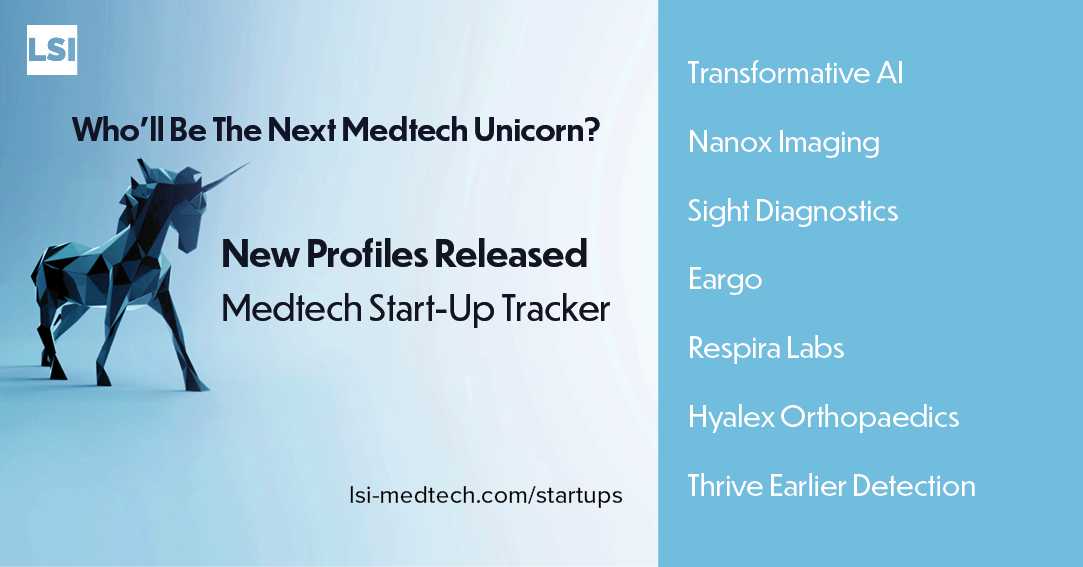 The company’s Nanox.ARC is a compact digital X-ray system with a unique halo-shape. Nanox raised $59M in a late-July Series B round. Funds raised will primarily support the global deployment of Nanox.ARC. Major competitors in the X-ray devices market include Agfa, GE Healthcare, and Siemens.

Sight Diagnostics are the makers of OLO, an FDA cleared blood diagnostics system powered by machine learning. An easy-to-use test kit requires only two drops of blood to produce results based on 19 CBC parameters in minutes. To-date, the company has raised approximately $123M, with a recently completed Series D round valued at $71M. Key strategics in this market include Abbott, Illumina, and Roche Diagnostics.

The company has developed a family of high-tech hearing aids that are marketed direct-to-consumers. With this most recent funding round, Eargo has raised over $200M. The multi-billion dollar hearing aids market includes prominent competitors such as Phonak and Widex.

Respira Labs is developing a continuous monitoring solution for COPD

Sylvee is an AI-enabled wearable designed to continuously monitor lung function in individuals living with COPD. Founded in 2018, the new startup has raised approximately $685,000. The company raised $350,000 in a late-July venture round.

The company is developing a synthetic biomaterial that mimics the structure and function of hyaline cartilage. The material is capable of maintaining low friction and wear under high loads seen in human joints. To-date the company has raised $33M, which is being utilized to support the development of its novel polymer platform. Smith & Nephew, Stryker, and Zimmer-Biomet are some of the key strategics in the orthopedics market.

Thrive Earlier Detection raises a massive $257M in Series B round

The company is developing CancerSeek, a liquid biopsy test for the advanced detection of multiple cancer types. Thrive’s platform has received a breakthrough device designation from the FDA. To-date, Thrive has raised approximately $367M. Other key competitors in the in vitro diagnostics market include Guardant Health, Illumina, and Roche Diagnostics, among others.

Moving Healthcare to the Metaverse

The Rise and Fall of Telehealth - Where Will It Land?